I’m going to be bold and say this is my favorite film so far in the Marvel cinematic universe. I love all the films, GOTG Vol. 1 included, but this one was like, totally rad. Thanks to a complimentary advanced screening I got to experience the film in all its 3D glory a little early. I’m so excited to share my initial thoughts and maybe answer the important question: “Should I take the kids?”. 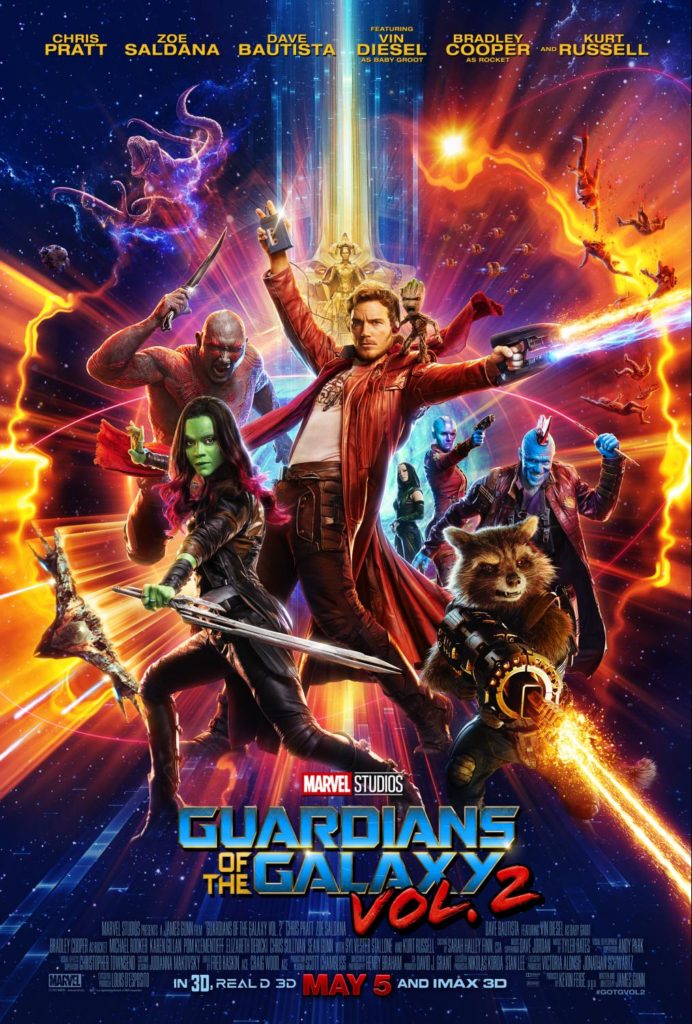 In Vol. 2 we meet up with the Guardians of the Galaxy on their next mission. As they venture the outer reaches of the cosmos the mystery of Peter Quill is unraveled.  The witty banter, soundtrack, and heart do not disappoint in this film.  It’s set to the fantastic Awesome Mix Tape #2

, and as a child of the 80’s I absolutely LOVED the music. 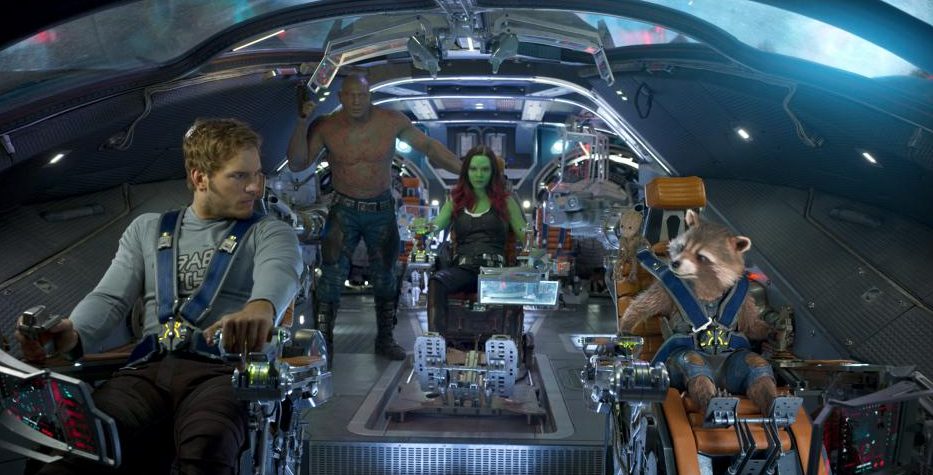 The film was surprisingly touching. I mean how could it not be with Baby Groot stealing the scene on several occasions.  There was so much emotion going on and I won’t lie I cried; more than once.  Then there’s the towering Drax (Dave Bautista) with his hilarious one liners. 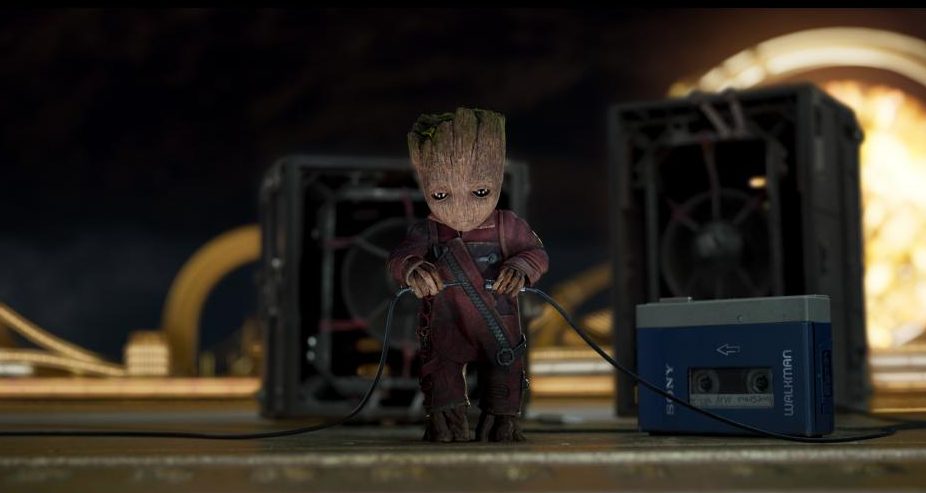 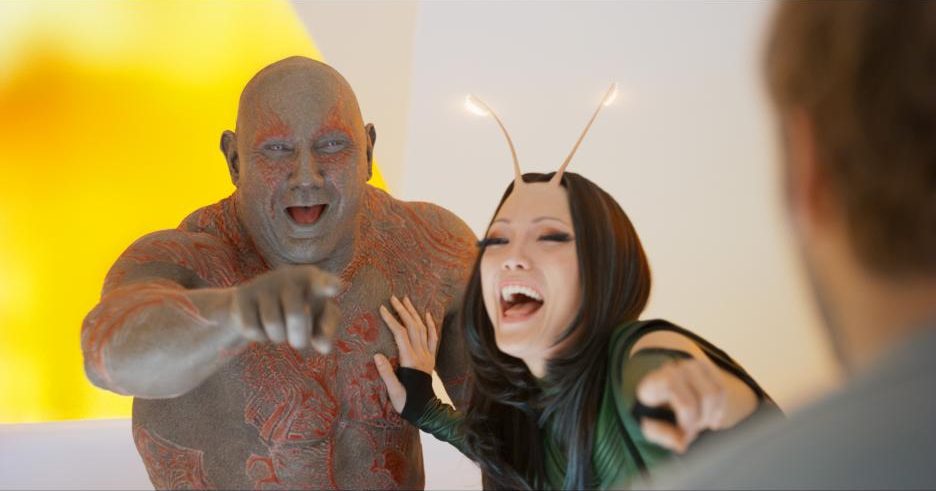 What I love about the Marvel films and especially the Guardian of the Galaxy films is the entertainment value is the perfect package. Love action? It’s got that. A little romance? Throw that in too. Humor and heart? Absolutely!  You don’t have to be a comic book fan or even pop culture nerd to understand the one liners, enjoy the music, and great story.  There’s even a special cameo that fits right in with the sarcastic humor. 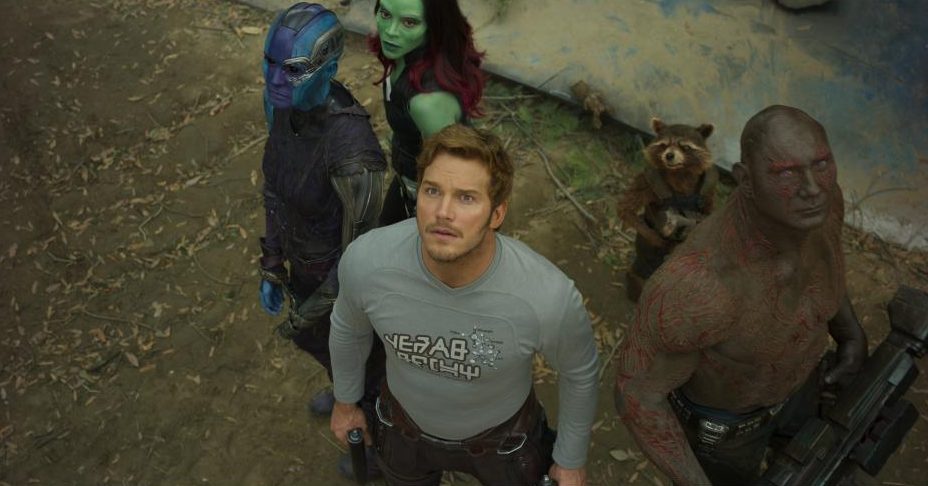 Is it kid friendly?
I strongly suggest leaving the kids at home for this one. You won’t want to miss seeing it in the theater, but the strong language in parts, combined with sexual innuendos leave me rating this as a film for a more mature audience. I think the PG-13 rating is more than warranted with several f-bombs and other “curse” words.  Even if the language aspect doesn’t bother you there is a scene with an alien brothel. Though no acts are shown, and most young audiences won’t catch the innuendo there are scantily clad human looking women draped across men.  The violence, blood, and gore factor are comparable to any Marvel film, with some vengeance and betrayal mixed in. Make sure to stick around afterwards for a few surprises.  Pay special attention to the credits as they come to life with dancing characters and a Groot translated credit reel.