Warning: A cuteness overload awaits.  We had a blast celebrating Emerson’s first birthday at the Children’s Museum.  Which means I now officially have a one and four year old.  My heart can’t even imagine having a big boy in kindergarten next year and another one walking about.  Both boys had so much fun exploring all the exhibits.  I love that every room offers an area for the little ones exclusively, plus the toddler and baby room.  It was a blast watching him explore his new environment. 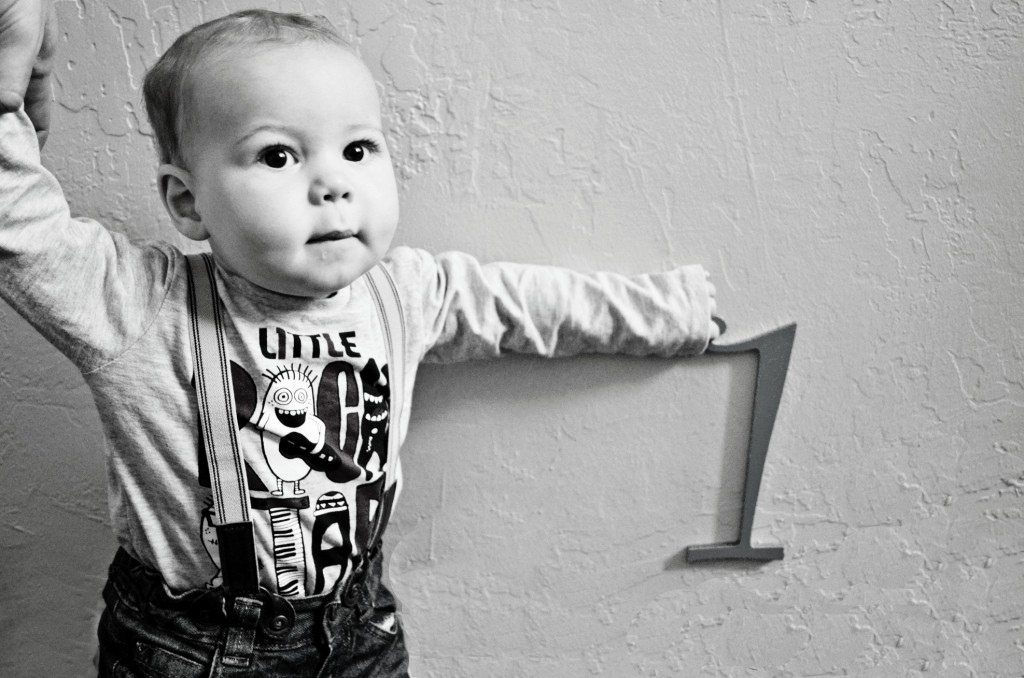 Emerson’s temperament as a baby started out very similar to his brother, but overtime (past 2 months) he has become much more attached.  He’s by all means still a very happy baby, but in certain situations he much rather be in my arms and lets me know.  He loves exploring his environment, but is never far from me.  In fact this past month he has been my main buddy.  Night time has been sleepless, daytimes I long for naptime, and meal time is a toss up.  Unlike his brother he is teething like crazy.  The one tooth his brother managed to get at a time Emerson has replaced with 4-5 at a time.  It’s no surprise the kid is so clingy.

We are not quite upright mobile yet, but I definitely think it is right around the corner.  He stands for long periods of time balancing stare focused in front of him.  As though he could take a step any minute.  He cruises on everything and boy does he have an arm too.  Emerson loves tossing balls, grabbing glasses, and knocking on anything.

And just as he should has a love of Disney already.  All things Mickey are on his radar.  Start ’em young, right?  His other loves?  His brother and the new hit sensation, “What Does the Fox Say?”.  Aiden’s theme songs that soothed him without fail were “Push it” and “All the Single Ladies”.  We were Glee watchers back then and so it caught on.  Not any different, you pull up that song on You Tube and he starts to kick his legs and vocalize.  All.is.forgotten… 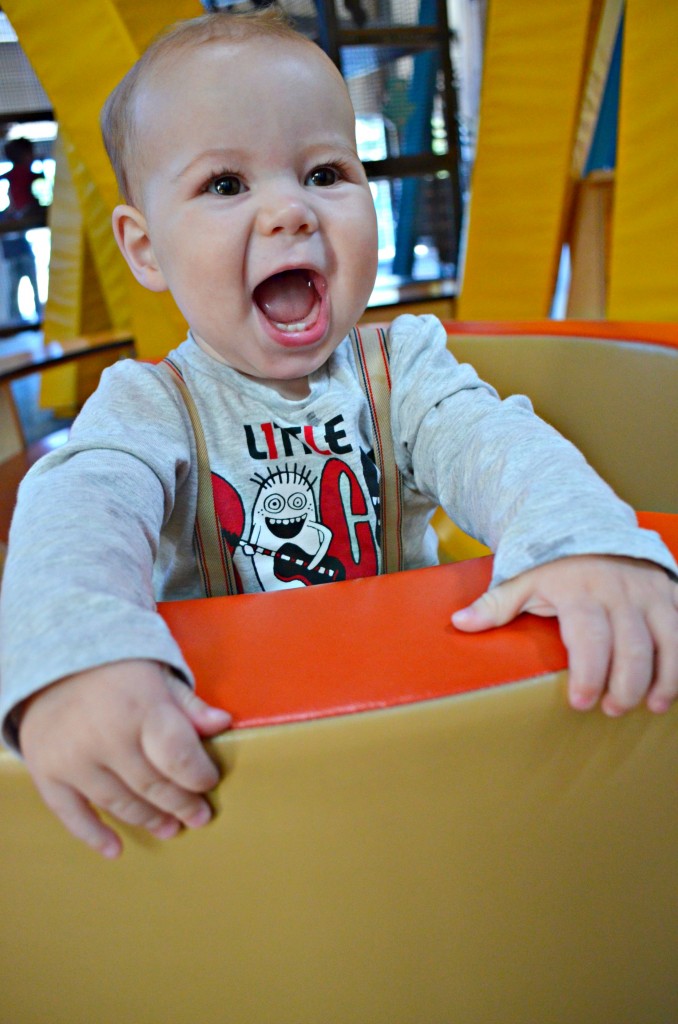 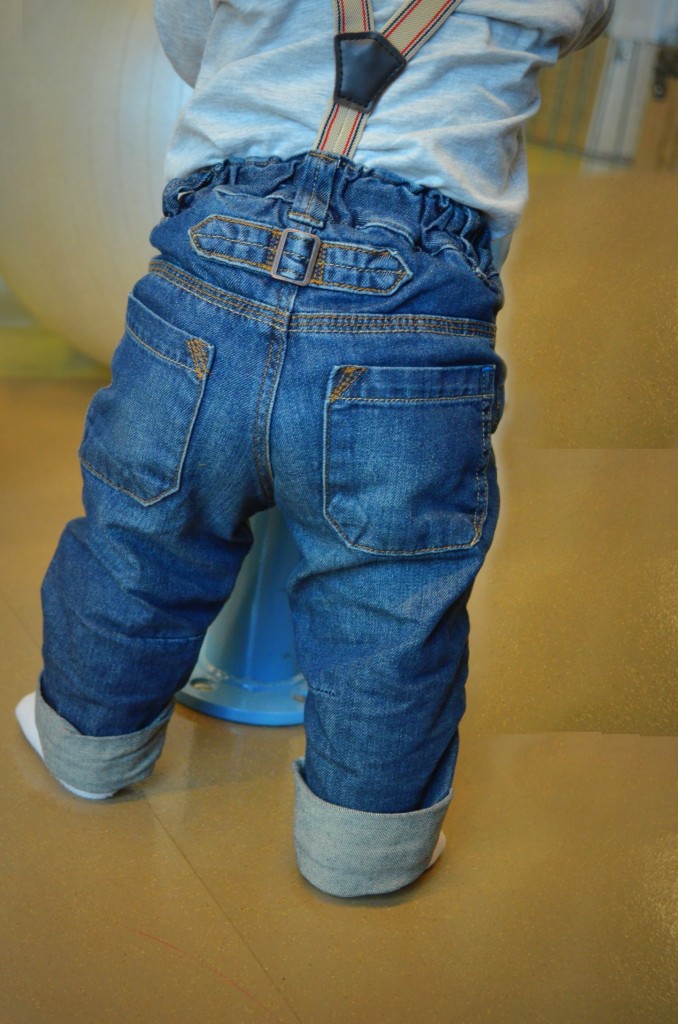 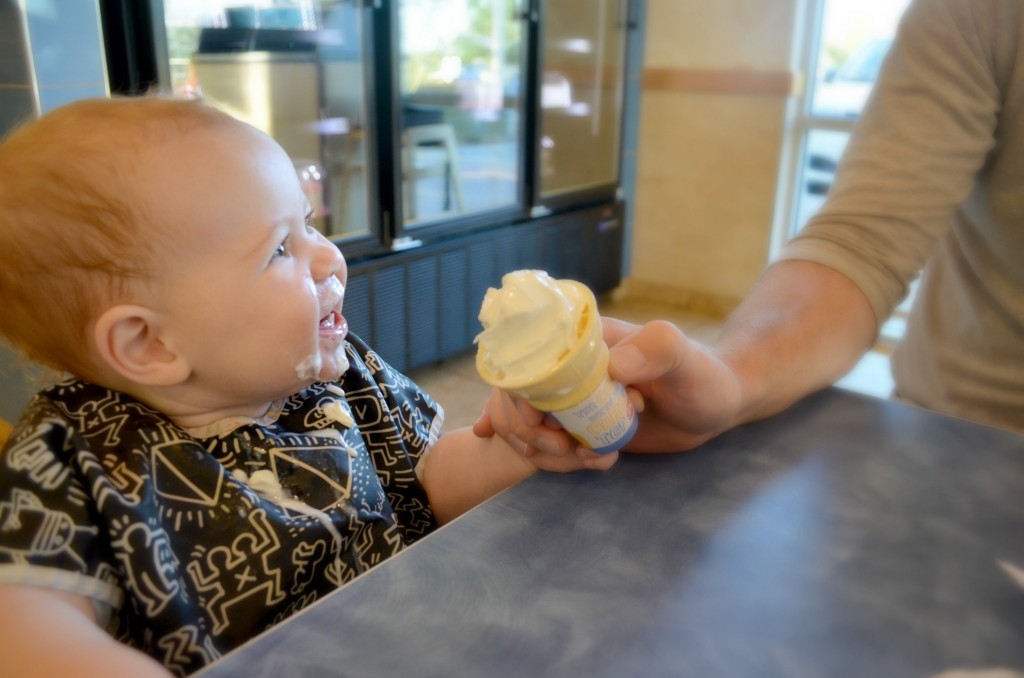 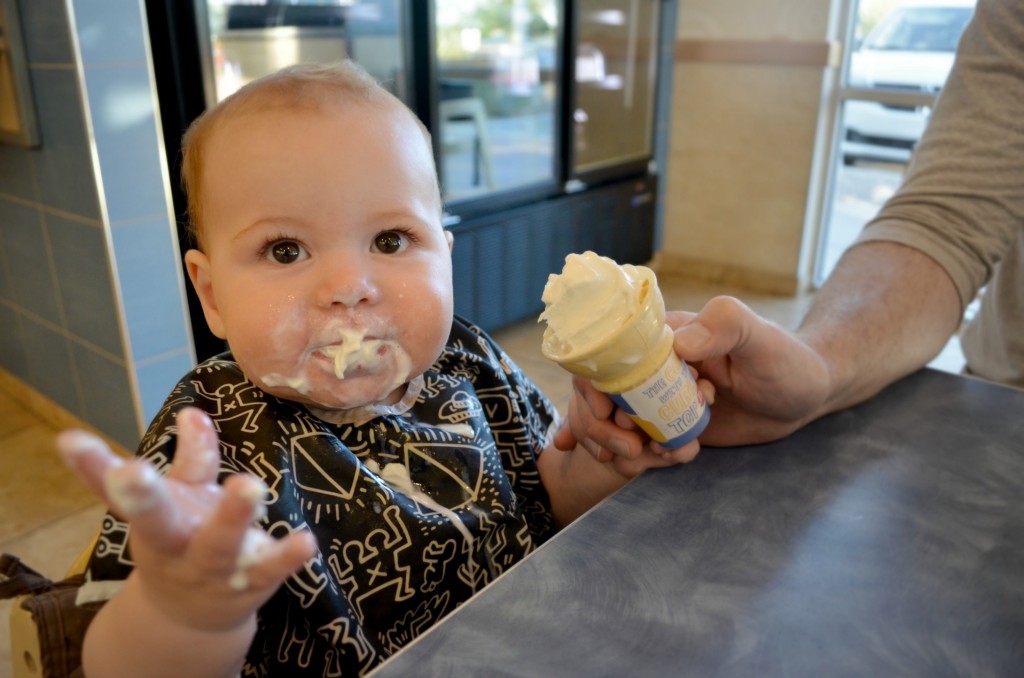