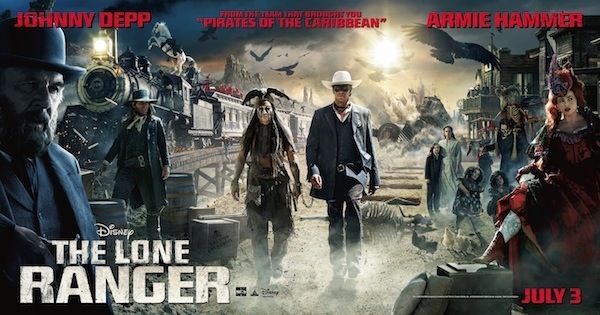 “Hi Ho Silver” screen… The Lone Ranger releases today in theaters. Let’s start out by saying I am not familiar with the original TV series, but I loved this movie. I took my mother-in-law with me to the press showing Monday night. She is a hard one to please with movies, and I’m happy to report she did not fall asleep and really enjoyed the film.
I would not classify this as a family film though. Aptly given a PG-13 rating it’s almost surprising the Pirates series rated the same. A few scenes put it in the not watching with my son category; and he has seen several PG-13 rated films; the Pirates series included.
It has all the makings of a great western: train robberies, tongue in cheek sexual innuendos (brothels), and a great cast lineup. The humor delivered by Depp is quirky. The narrator of the story he is very likable. Armie Hammer is comfortable in his role as the Lone Ranger, very reminiscent of his performance in Mirror Mirror. Silver, Lone Rangers’s horse, is a surprising scene stealer. With other familiar faces it is a film many people will enjoy, just plan on making a date night of it and leave the kids at home. 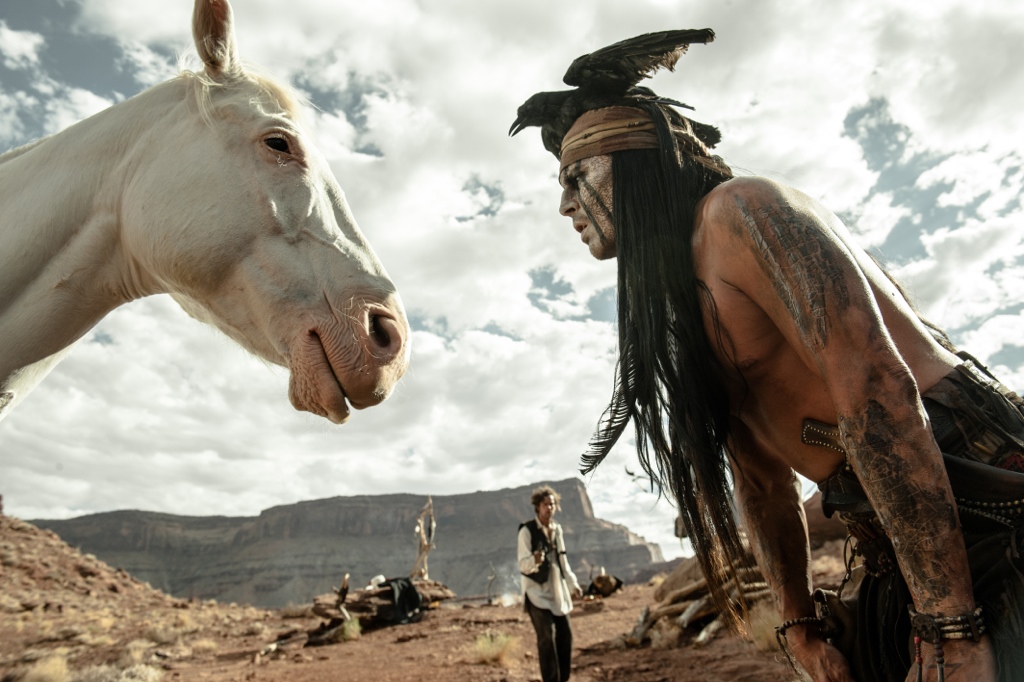 From producer Jerry Bruckheimer and director Gore Verbinski, the filmmaking team behind the blockbuster “Pirates of the Caribbean” franchise, comes Disney/Jerry Bruckheimer Films’ “The Lone Ranger,” a thrilling adventure infused with action and humor, in which the famed masked hero is brought to life through new eyes. Native American spirit warrior Tonto (Johnny Depp) recounts the untold tales that transformed John Reid (Armie Hammer), a man of the law, into a legend of justice—taking the audience on a runaway train of epic surprises and humorous friction as the two unlikely heroes must learn to work together and fight against greed and corruption.

THE LONE RANGER rides into theaters on July 3rd!